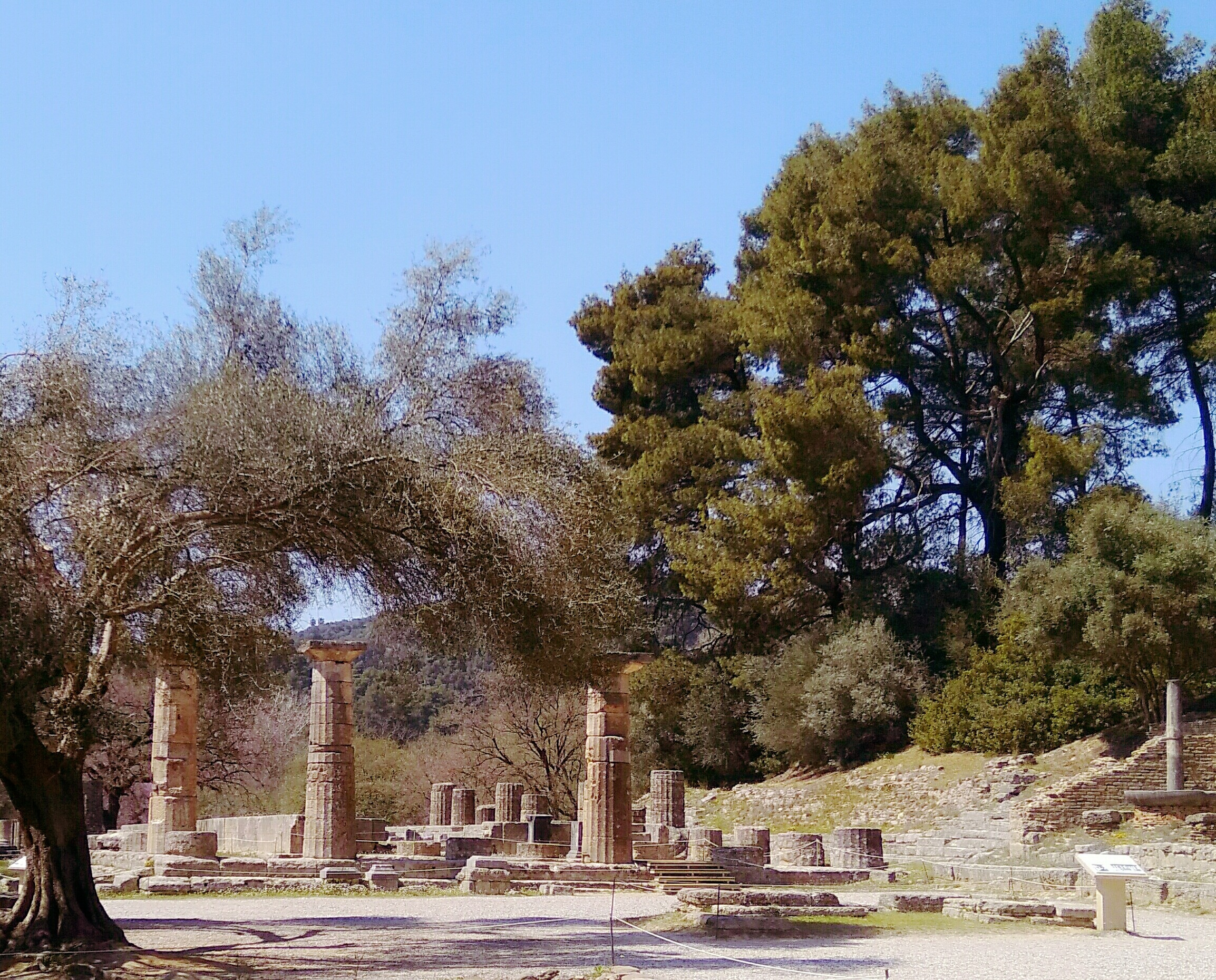 ” I feel that this is the ideal place to reflect on the evolution of our society. We are in a haven of peace and balance, where centuries remain engraved on the stones, the meanders of the Alpheios river, the beauty of the vegetation and the serenity which pervades this unique place, Olympia, where sport started on its most glorious and finest course.”

Olympia was the most important religious and athletic centre in Greece. There are amusing myths and touching stories about Olympia and the Olympic games.

The history of the Games starts more than 3000 years ago, when Hippodameia, daughter of the local king married Pelops, who named  the whole peninsula after his name, Peloponnesos,(the island of Pelops). However not before 776 BC the first Olympics’ win was recorded and that year marks the 1st Olympiad. The reason for the revival? Peace! Since then the Olympic games were held every four years attracting Greek athletes from all the greek city states. And they all competed for the ultimate price: only an olive branch wreath! The olympic truce was in effect, and this was one of the great achievements of the ancient Olympic Games. The Games lasted for 1200 years, until Theodosius I ordered to stop them. Disastrous attacks and strong earthquakes turned the great sanctuary into a pile of stones. But the fame of the Games was never forgotten. In 1896 the first modern Olympics were held, bringing back the Olympic Spirit: peace, brotherhood and fair play.

MONUMENTS in the ancient site at Olympia

The Archaeological Museum.  One of the top 3 museums in Greece.

A collection of marble sculptures that are very well preserved. The highlight of the museum are the East and West pediments from The Temple of Zeus together with the beautiful “Hermes of Praxiteles” sculpture. A collection of ancient artifacts, tools, glass, armor, weapons and other items. Expect to spend at least an hour in the museum.

The collections are exhibited in 12 halls and over 3,500 years of history. From the 3rd millennium BC when humans first settled at Olympia to the end of Zeus’ sanctuary in the 7th c. AD. The Archaeological Museum of Olympia ranks among the most important museums in Greece. Renowned for its sculptures and collection of ancient Greek bronzes, which is the richest in the world.

-The two pediments from the Temple of Zeus.

-The metopes of the temple represent the Twelve Labours of Heracles.

-The terracotta group of Zeus with Ganymede.

-Among the dedications to Zeus by the city-states in gratitude for their victories are bronze tripod cauldrons, vessels, armors, helmets and shields.

-The colossal gold-and-ivory statue of Zeus is listed among the Seven Wonders of the ancient world.